When you want to play music into Finale in real-time, thus using it like a sequencer, you must use the so called Hyperscribe tool for that.

Finale - unlike some sequencer programs with a score editor - doesn't display your performance in a musical fasion automatically. Instead, it displays your performance mathematically correct in accordance to the quantization settings you defined manually. In other words, It doesn't use any smart algorithms that would enable it to make the music look good on its own. For example, Finale can also not detect whether you have a tendency to play behind or in front of the beat, like e.g. Logic does, hence your performance has to be extremely accurate for Finale to display it correctly when playing mixed note values like 16ths, 8ths, and tuplets in the same bar. Thankfully, we can re-trancribe any part of the performance using different quantization settings.

The Pros and Cons of the Hyperscribe tool

It’s complicated – But there is a better way

If you really like to input more complex music by playing it in real time, I recommend you go with a sequencer instead. For example, Apple’s Logic is a million times better when it comes to displaying and editing midi data. With just a few adjustments Logic displays your music as you would expect, and if you need to make a few changes Logic’s piano and score editors allow you to do so quickly and easily. Once your happy with the way your music is displayed, Logic lets you run the <fix the displayed note positions and durations> command to convert the displayed music into midi data, which you can then export as a midi file and import into Finale. Working like this saves me lot of time!

Tips for cleaning up your performance

If you are a jazz musician you will be happy to learn that you can play your music with a swing feel when recording with the hyper scribe tool, and make Finale display it in regular swing notation.

All you have to do is enter the correct quantization settings, so finale displays swinging 8th notes as regular 8th notes, and 8th note tuplets as tuplets.

Use the following quantization setting: 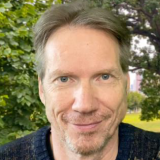 Clearest video I’ve seen yet on YouTube (meaning yours on Hyperscribe). Love the way you do not rush your instruction, but instead you pause to give time for the viewer to understand. Also, other videos do not always tell what Finale cannot do, which you DO present that info. One of my major objections to applications and their help files is that I have spent time looking for how to do some feature that MIGHT not even exist. One does not know whether he’s wasting his time or not when doing that. Thank you!! This helped me a lot.
One question: Why do they need a “sensitivity” setting once the quantization is set???

Thomas you are the best Moe